The ability of reflecting on itself is a common feature of every complex semiotic system. The practice of literary criticism and the disciplines of semiotics and narratology show that it is possible to use verbal languages to examine and analyze written texts. To do so, for example, semioticians adopt a specialized meta-language to produce precise descriptions of meaning-making mechanisms and strategies.
But narratological analyses are only one example of meta-reflections. From artistic practices, for instance surreal or satirical texts making fun of existing literary conventions, to didactic texts, i.e. manuals on writing, to commercial services, such as book reviews: the meta-usage of verbal language is more widespread than it is commonly expected. 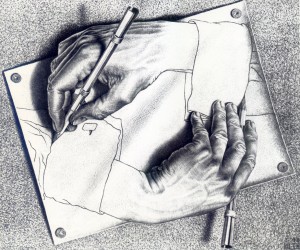 Meta-narrative texts are also possible, and the works of novelists such as Italo Calvino and Jorge Luis Borges are frequently quoted as paradigmatic examples. As another example, more grounded in contemporary pop culture, we can consider Stephen King’s book series The Dark Tower – in which King himself and his work as a writer are situated in the narrative framework. Meta-cinema and meta-theatre are also possible – as François Truffaut’s La Nuit Américaine and Luigi Pirandello’s Six Characters in Search of an Author show. 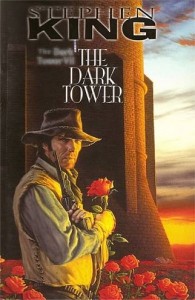 What about meta-games? Tony Key from Ubisoft defined at least part of the plot of Assassin’s Creed as a meta-story. Indeed, the game features multiple layers of narration – each one with its own characters, avatars, plots and actions. But there may be more: as Italian semiotician Dario Compagno recently argued in his book “Dezmond“, in the Assassin’s Creed franchise we control an avatar – Desmond Miles – who uses some kind of technological machinery to re-live the experiences of his ancestors – including the iconic Ezio Auditore. Desmond not only perceives Ezio’s actions, but he controls them as if he was playing a computer game: if the player fails, the event is diegetically represented as a system failure and he’s allowed to try again. In short, the Assassin’s Creed series is composed by games in which we control another “player” and, through him, a second-order avatar. 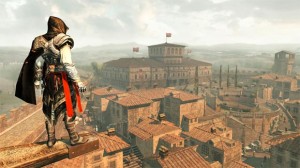 Could it be possible to imagine more examples? I recently collaborated with G|A|M|E Journal to launch the Games on Games project, an open call for games that describe, theorize on, critique and discuss other games. In other words, in our Call for Games we wrote that the project “originates from the hypothesis that it is possible and fruitful to critique video games and their related themes by adopting their own forms, mechanics and languages”. 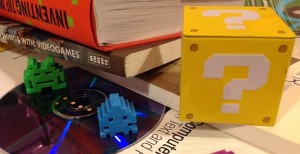 I am excited and curious about the submissions that the GoG project will receive, but I am also very interested in discovering other meta-gaming pieces such as Dario’s reading of Assassin’s Creed. You may point us towards other examples by commenting on this blog, and you’re invited to submit your original creations to the Games on Games project.