At the start of the game, the player invites a romantic interest – Felicia – to a dinner date. For this purpose, the player can chose from a variety of restaurant options. However, regardless of the particular choice, the date will invariably die. Hence, the goal of the game is to literally “save the date,” which turns out to be rather difficult. For example, taking Felicia to a Thai restaurant will have her die from a food allergy to peanuts. 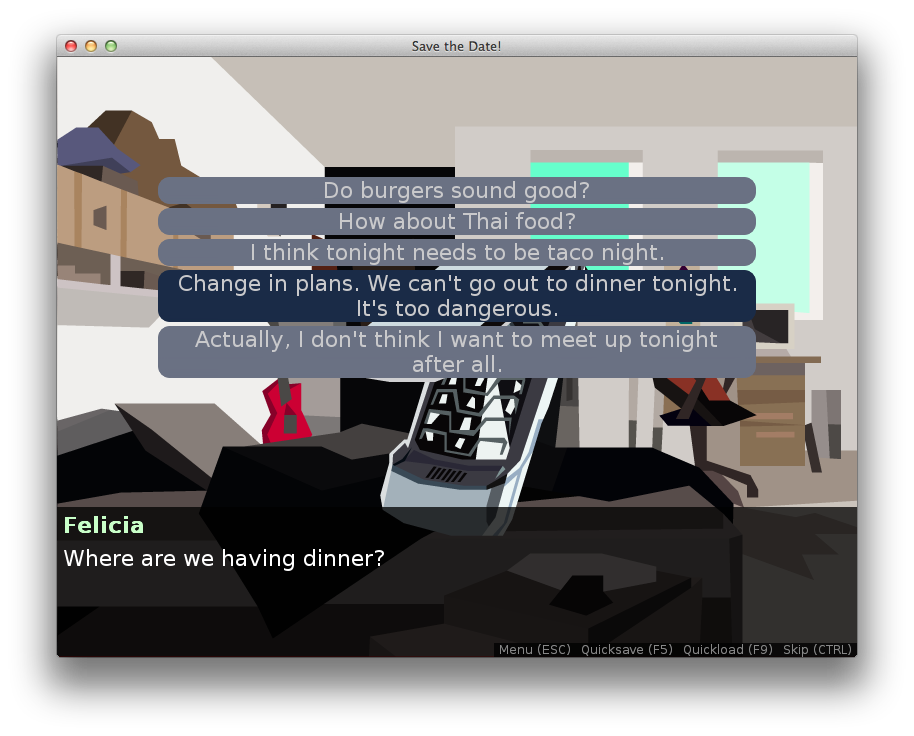 In subsequent attempts the player will now find an additional option to warn the date about the peanuts and thus avoid death at this level in the game. In this way, the game reflects earlier experiences, which means the narrative changes accordingly. And it keeps changing to include more warnings and ways to avoid earlier disasters. Yet, as the player quickly learns, using this knowledge directly is also risky, as Felicia will find the unexpected intimate knowledge rather creepy and as a reason to break up contact. 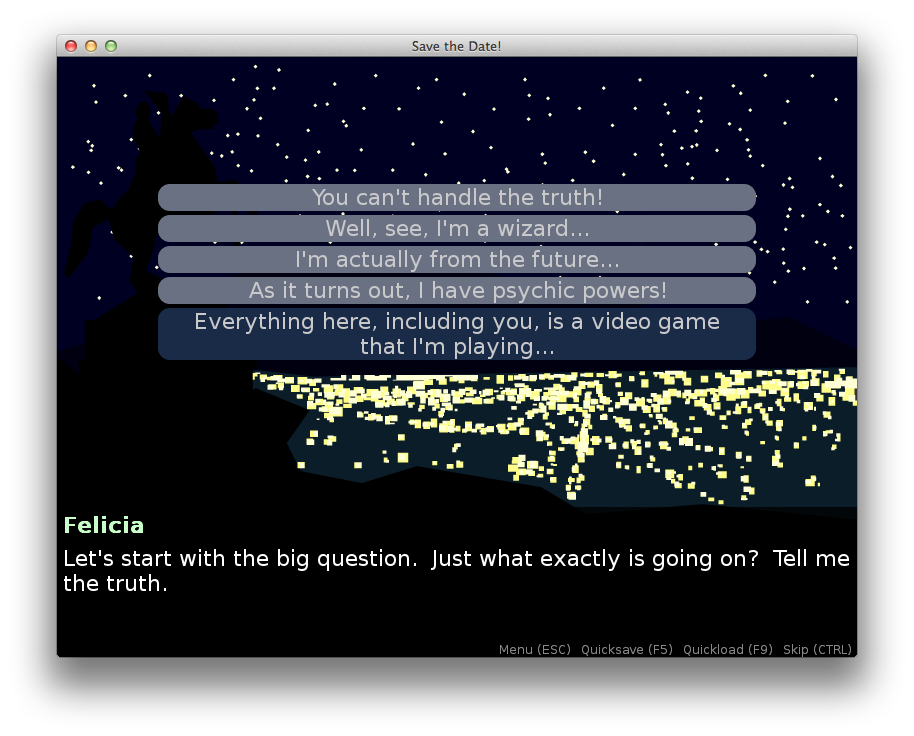 Eventually, the player will encounter a set of choices that reveal her as a player of a video game to the date character. In this moment, the game narrative becomes meta-narrative. In more traditional media forms, the meta narrative involves a character addressing the reader as such. In Save the Date the roles are reversed – the player addresses the in-game character and makes the date aware of her role as a character in a game. The subsequent conversation has Felicia reflect on her role and speculate with the player on how to proceed and on the nature of narrative.

An abstract representation of Save the Date shows subsequent sessions as substantially different from earlier ones:

Cross-session memory is rarely used as a narrative strategy, yet holds much promise in expressing complex and interdependent consequences. Save the date successfully demonstrates how cross-session memory can be used to enrich the narrativ experience by reflecting the player’s growing knowledge. The procedural aspect of digital media puts the ability to retain and reuse memory states at creators’ disposal, as yet another tool for narrative expression.

At the same time, the work explores a meta-narrative dimension that is unusual by being initiated from the player’s side. The game has the player abandon the in-game role to engage in a discussion of the nature of game play and narrative. The discussion centers on the question for a the winning state/successful ending. The only way to win, the Felicia character poses, is to stop before the official ending and use imagination the create a better ending. This proposal is not an easy one to follow as it violates yet another deeply entrained convention narrative and games share – to continue to the end. 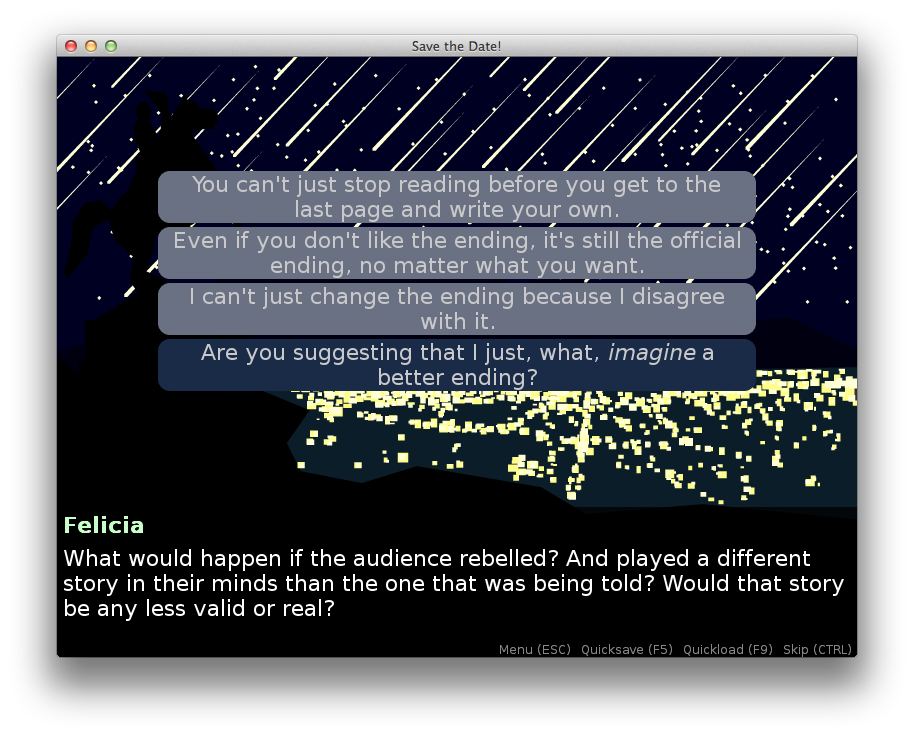 Save the Date is not only a great example of interactive narrative, but the work also constitutes a challenge for analytical perspectives that assume fixed structures on replay and stable endings.