I just finished playing the new game by the creator of the Stanley Parable, The Beginner’s Guide. It was an interesting experience. I liked it, but I am not blown away. I would have preferred more interaction with the narrator. Yet, the Beginner’s Guide is significant in what it stands for. It is a high-profile narrative game that puts the emphasis on narrative, but is a game in its visuals and interaction.

So what actually happens in the game? The player experiences a first-person narrator who purports to be a game designer (the creator of the Stanley Parable, Davey Wreden, as himself) presenting the work of another game designer (Coda), whose works the player experiences. The narrator reflects on his relationship with coda and what a work can tell us about his/her creator. This narrative unfolds in voiceovers while the player traverses the virtual space of the different sections of the game, all of which supposedly represent different games made by Coda. 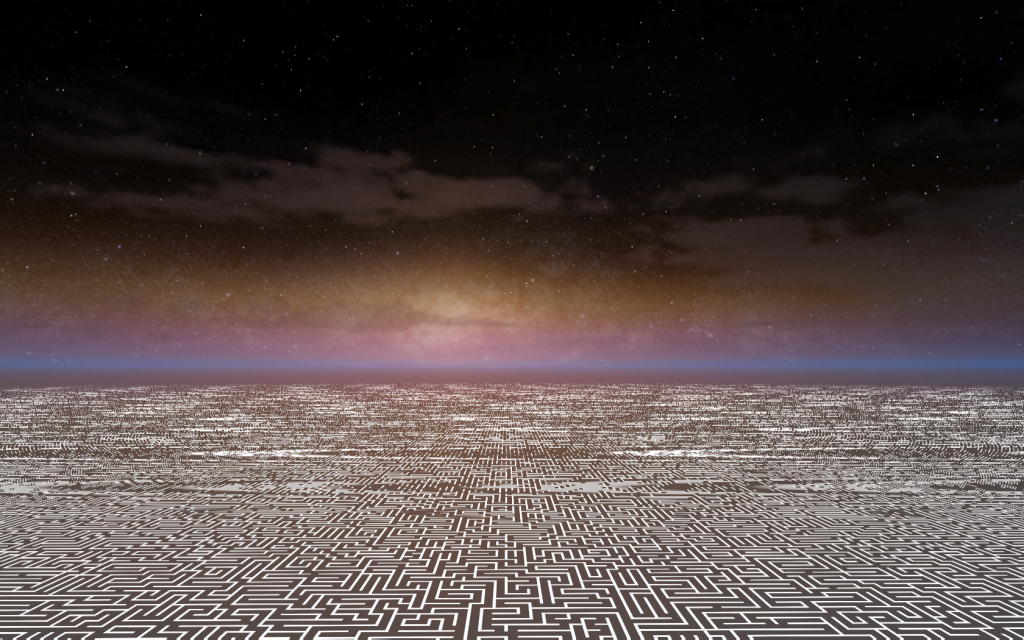 The Beginner’s Guide is not the first game to use location triggers to move the narrative forward. Dear Esther did just that and Gone Home continued in a somewhat similar fashion. And the omniscient narrator was already present in the Stanley Parable. However, the game makes use of narrative strategies, which, while they are well-known metanarrative devices in print-based literature, are rare in video games (however, Safe the Date is an interesting earlier case). Chiefly amongst them is the self-reflected unreliable narrator. It is also interesting how this narrative differs from the one in the Stanley Parable. In this game, the narrator had more of an overt function in the game play, as commentator, as guide, and as provocateur. In contrast, Beginner’s narrator is more of a self-obsessed ‘museum guide’ focused on his own narrative. And along with this shift, the player becomes more of an “active observer,” as the invisible narrator takes on the role of main character and his tale takes center stage. 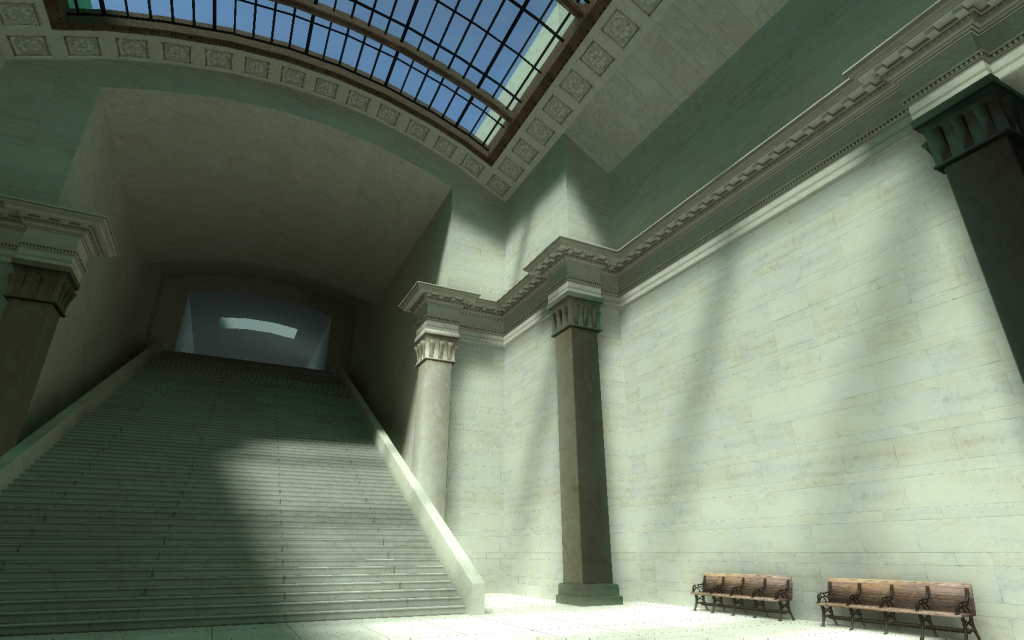 So here we are. Beautiful game spaces to explore and a strong self-critical narrated narrative about relationships (between two game designers, but also between a work and its creator). And a player who is seemingly relegated to an observer role, while still allowed to roam freely. There are clear similarities with literary devices, but neither experience nor materiality are the same. And this is where the uncertainties end and the genre troubles start. Indeed, game designer and scholar Frank Lantz sees the game as a challenge for critics (and Molleindustria also has some thoughts). A simplistic perspective might therefore understand The Beginner’s Guide as the late revenge of narrative against its rejection in early game studies positions ca. 2001. Yes, games can be narrative, too and not only in an ornamental sense, but by unabashedly taking the limelight. Yet, maybe things are not so simple. Upon closer inspection, The Beginner’s Guide might not be a game at all, according to more narrow definitions of the term. What is the desired outcome, if we adopt Nick Montfort’s definition of game (“a structure of rules within which an outcome is sought”)(Montfort, 2003) There is no winning condition in Beginner’s Guide, nor can one actually loose. If anything can be “won” it is knowledge of the backstory that ties together the otherwise disjointed levels. And if one defines games as being about rules, what are the rules in a game where the player can only progress, but not level up, and where there are practically no challenges? 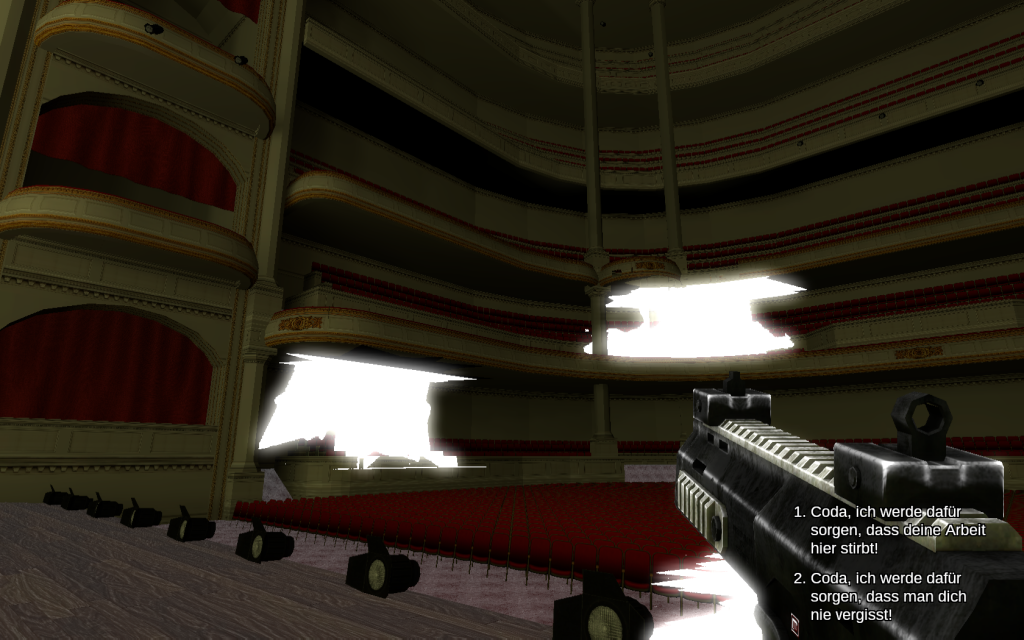 A way out of this predicament opens up once we consider progress as a rule. The way to break The Beginners Guide is to stop, to procrastinate, or even turn around, to go against its unidirectional progress. The existence of an opposite strategy confirms progress as a rule – if it can be broken, it must be a rule. So, we are dealing with a rule-based game after all. But what kind of rule is progress? Our existence is ruled by the progress of time, so progress by itself is unavoidable. Therefore we must be more specific about what kind of progress we have to consider here. Progress in The Beginner’s Guide is narrative progress. What does this mean? If progress is the rule of The Beginner’s Guide and progress is narrative progress, narrative is actually the rule of this game. The design of this significant work thus challenges the narrative/rule dichotomy that has been established in the early days of games studies. This is what makes this game significant. The Beginner’s Guide provides further evidence of the emancipation of narrative forms in interactive digital media from legacy models.

When literary-based narratology was rejected (and rightfully so) as an overall analytical framework for video games, the question of narrativity in games and other interactive experiences was left wide open. The narratology vs ludology debate avoided the discussion with practitioners and scholars interested in novel kinds of narrative that apply the specific affordances of digital media. Gonzala Frasca understood this already in 2003 when he lamented the fact that the “debate never took place.” (Frasca, 2003) Frasca here identifies a “narrativist” position between ludology and narratology. Further work on the narrativist position could have helped to identify specific conventions and structures of game narrative. Instead what has happened all too often is that literary narrative conceptions came back through the back door, no longer as a dominant structure but as a way to analyze the narrative elements of games. However, in order to identify literary devices, this practice effectively reduces game narrative to second order retellings and thereby turns them into altogether different phenomena – the game summary becomes the game narrative. If we agree that procedurality and participation are important in game narrative, that agency and transformation are important aspects, then we must reject the convenient, but reductionist views that accept “plot summaries” and even recorded walkthroughs as sufficient foundations for analysis. The difficulties in talking about the Beginner’s Guide expose these problems. It is high time to develop a video game narratology with specific methods and vocabulary.