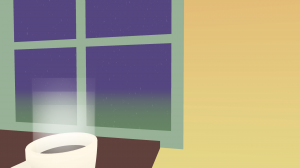 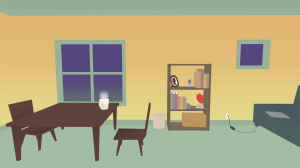 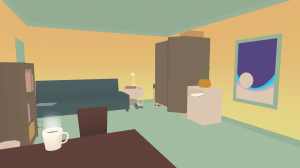 ‘Tones: I’m Touched’ is an experiment in collective authoring, personal data logging and visual narrative. A group of invited authors shared how they were ‘touched’ everyday. Tiny fragments of violence, isolation, belonging, love, inspiration… were collected and curated via SMS, Twitter and the project’s website. A simple algorithm sorted these submissions into subjective categories tagged by the authors. The results are visual sketches that represent the story theme and the collective vs. individual tones of the authors, each submission affecting the abstract photographs and submitted text on screen, in real time.

The first prototype of this digital art and storytelling experiment explores one of our non-visual proximity senses: touch. Sometimes, we are ‘touched’ by a poem or a beautiful sunset. Sometimes, we are ‘touched’ in the form of a friend’s hug or a lover’s kiss. And unfortunately, sometimes we might long for someone’s touch or maybe we are exposed to violence and accidents. The authors of the current theme were single young adults, from metropolises around the world, who shared their stories over the period of a month. The goal of the larger experiment, Tones, of which this is the first prototype, is to collectively explore subjects generally repressed by current socio-economical structures. Images representing the individual and collective tone are manipulated based on submitted stories. Visualizations of these abstract and qualitative data are achieved by rational structures or algorithms that are actually subjective and maybe even irrational in the way they are framed.” 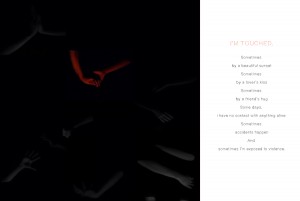 In Sneaky Time, a participant’s eye blinks cause a clock’s second hand to tick, and all ticking sounds are amplified with speakers to emphasize this relationship.  The human body could be compared to a clock. Heartbeat, blinking, and breathing, the rhythmic functions of our autonomic nervous system continuously mark the passage of time. The continuity of such autonomic body functions makes these functions unperceivable to most people. Similarly most people do not realize the passage of time. We wanted to create an installation that reminds us of the passage of time and its connection to the human body. 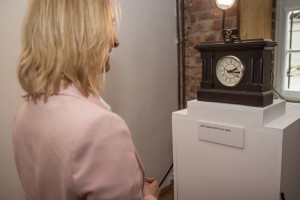 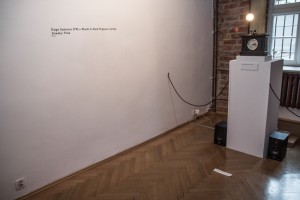 by We Are Müesli – Claudia Molinari & Matteo Pozzi

Episode 0 of CAVE! CAVE! DEUS VIDET tells the story of Hoodie, a young visitor of the National Museum of Lisbon, Portugal – where the triptych is actually located – who meets a strange man that seems to know many things, probably too many things, about the mysteries of this painting. Some more stuff CAVE! CAVE! is about: hermitage, Star Wars, inkblots, punk rock, making choices. 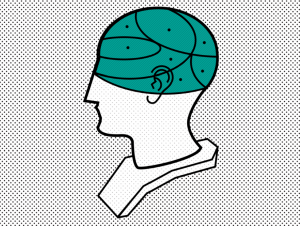 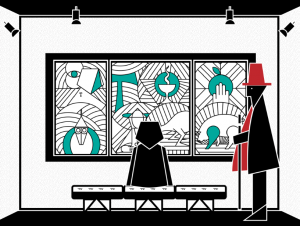 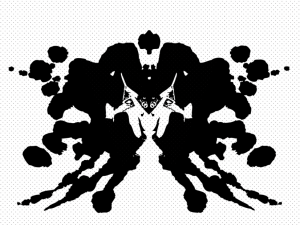 Monochroma is a cinematic puzzle platformer developed in Turkey. It’s a game about being a kid, growing up with a little brother that needs your help, facing obstacles, and solving unique puzzles in an industrial-alchemic world.

In the words of Orçun Nişli, the game’s creative director . . .

“Platformer games are about our childhood. Think about it for a moment. What we do in a platformer is what we used to do when we were children playing at the playground. We’re adults now and don’t need to push a box and jump over it. We never climb wooden ladders or swing on a rope. In Monochroma, I try to celebrate everyone’s childhood by setting the tutorial at a playground. It was my way of saying ‘thanks’ to all the developers that carry childhood memories within and keep the genre alive.” 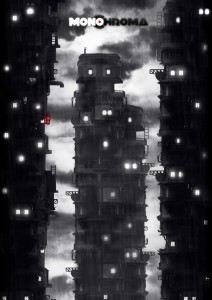 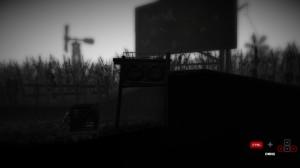 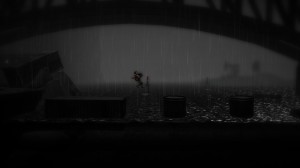 by Johannes Heldén and Håkan Jonson

Evolution is a online artwork that emulates the writing and sound compositions of poet and artist Johannes Heldén. The application analyzes a set of all published text- and soundwork by the artist and generates a continuously evolving poem that simulates Heldéns style: in vocabulary, the spacing in-between words, syntax. 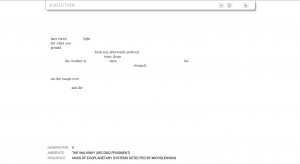 Traveller is an agent based application for intercultural training targeted at young adults (18-25) that takes an interactive storytelling approach. The user learns by playing an active role in a narrative where he or she must find out how to successfully interact with characters from different cultures in order to progress in the story. A physical-space approach has been taken with large-screen projection and the use of a Kinect to support gestural interaction. By being story-driven and allowing the user to interact with culturally-specific characters that can express believable emotions, the application aims to promote user engagement An explorative website producing hyperlocal visual stories about the neighborhood of Höytämö. 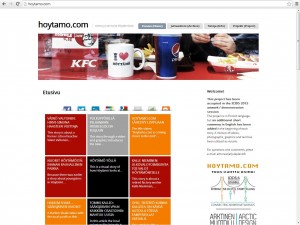 by Jacob Garbe and Aaron Reed

Ice-Bound is a multi-layered interactive narrative combining a printed book, an iPad app, and augmented reality technology. The story, inspired by the fractal narratives of Borges and Nabokov, places players in collaboration with a futuristic digital simulation of a deceased author. Tasked by publishers with completing his progenitor’s final novel about doomed polar explorers, the AI needs the player’s help to explore and resolve the unfinished stories, and as he builds a relationship with the player, slowly reveals more about himself and his eventual fate. 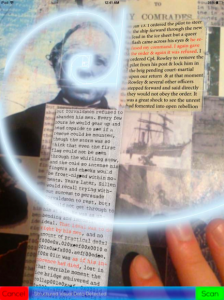 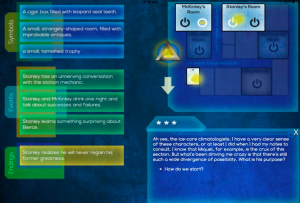 For us, childhood means memories. Few are clear, some blurry, and some flashy. Childhood also means playing and games. Skipping rope, hide-and-seek and hopscotch… Interactive Hopscotch aims to trigger childhood memories in a playful manner by using a child game. The installation builds upon the well known hopscotch game to surround the visitor with images and sound. Squares of the Hopscotch respond to visitor’s jumps with surprises and provide interactions between the visitor and the memories through varying patterns of Hopscotc 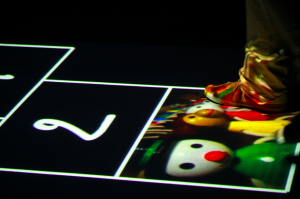 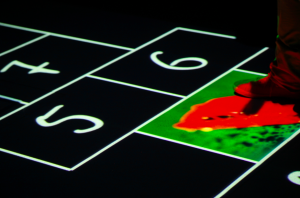 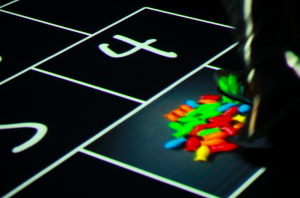 POINTS OF VIEW is a web-based documentary project in its last stages of production that  is based on video footage shot by Palestinians working with B’Tselem’s Camera Distribution Project. It offers an intimate and situated look at life under the Israeli occupation. 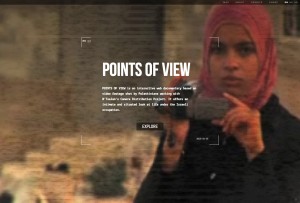 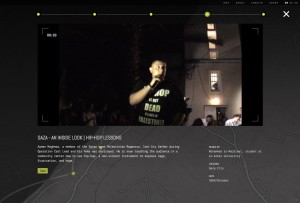 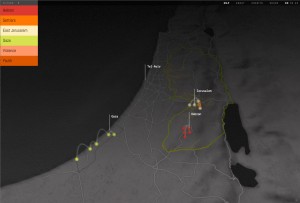 Breaking Points is an interactive digital narrative (IDN) that puts the user in the position of a young woman who feels trapped in a daily routine she would like to escape from. The narrative design connects more important decisions with seemingly trivial ones and presents the user with immediate and delayed consequence in the form of narrative feedback, for a complex and more life-like experience. By aligning the experience of a single walkthrough with a day in the life of the heroine, the project invites replay. The project is also a study of authorial challenges and opportunities offered by different authoring modes, namely the switch from coding from scratch to the ASAPS environment. 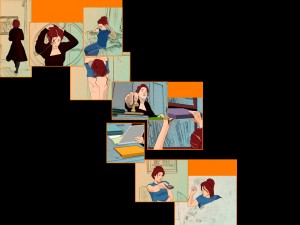 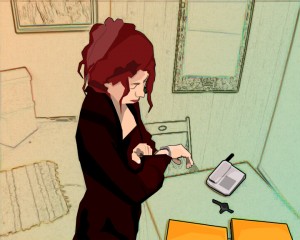 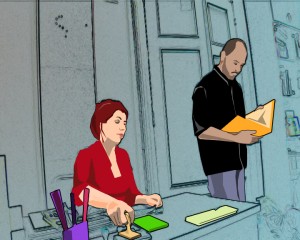 The Tell-tale Heart is a game based on one of the classic tales of Edgar Allan Poe, the master of literature and poems. This game puts you in the role of the story’s narrator as you re-enact key points of the story’s narrative connected to the demise of their dear friend. This high stakes game features addictive action and high-contrast, graphic novel visuals. How long can you maintain your sanity? 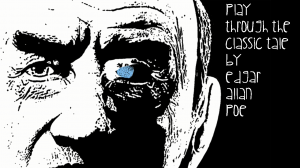 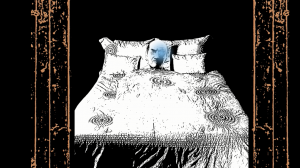 Propheteers is a strategy board game that deals with the conflation of religion and commercialism present in the United States. Each player becomes the leader of their own evangelical empire and must earn money to gain the most earthly pleasures.

Objectif is a game created in response to the article, “Why Are Black Women Less Physically Attractive Than Other Women?” published online at Psychology Today.

Objectif is a 3 player game where players are asked to find the most attractive woman.
During any given round, two players compete while a third player acts as the judge. Competitors start by drawing 3 cards into their hand. Next, they try to play a more attractive card than their opponent, as determined by the judge. The judge not only decides which woman is more attractive, but must explain why they believe it to be true.

The most attractive women are kept in the players’ harem until the final round, while unattractive women are discarded. A new judge is selected at the end of the round and game play continues in the same fashion. Each subsequent round, players learn more about each other’s preferences and thus the game becomes more strategic over time. Ah, but be careful, it should be noted that people are not always consistent when it comes to attraction!

Objectif was created to facilitate discussion about our perceptions of attractiveness. Each portrait is hand drawn and painted to represent a black woman. Upon playing a few rounds, players will notice duplicate face templates wherein only the “coloring” has been changed. The inclusion of these duplicates allows players to realize the shallow nature of race or color.

As an art piece, Objectif challenges our perceptions of race, women and beauty while simultaneously revealing the assumptions we make about ourselves and others.

Players of the game Occupy Istanbul relive the uprising that shook Turkey in June 2013. The game’s motivating factors of cooperation, free speech and choice allow players to defy the grip that violence has on gaming, in much the same way the Gezi protesters helped break fear’s hold on society. The country’s youth have seized the moment with imagination and humor, regaining pride for generations in Turkey. Our game appeals to people who believe that protecting people’s rights is worth the struggle. Players face choices such as when to collaborate, what to sacrifice and how to influence public opinion. The hope and excitement that filled the protests motivates players to engage with the game, and with history. 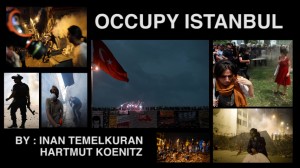